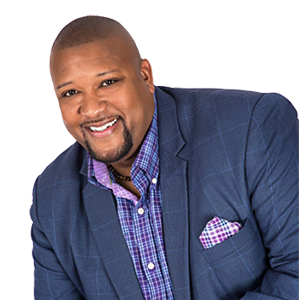 “When experiencing grief, you go through STAGES, not STEPS.”

Dr. David Anderson breaks down the path we all go through in the grieving process.

Have you experienced grief? Is someone that you care about in a grieving stage? Share this message of encouragement in this season! https://youtu.be/45ZtFieDIzQ
Watch the full service here: https://youtu.be/rBkxvoP49JY

I have a friend down in Atlanta and her husband just committed suicide about a month ago or died by suicide, I think is the better way to say it. And she said he must have had a mental break or something because he hung himself right in the hallway of their home. And when I talked to her a couple of times, I kept asking her how she’s doing, and does she blamed herself and she goes, “No, I do not blame myself. He had a mental problem. When I talked to his parents, they said he would have done this years ago if it weren’t for you, because you’ve just always been there as a support.” Well, that made her feel a lot better.

Then I ask her if she’s angry, she goes, “No, I’m just so confused. I’m lost.” And then I called back about a month ago or a month later, which was about a week or two ago to what she said, “Now I’m angry. How could he do this to me? I didn’t even pay the bills. I didn’t even know who to pay, how to pay. Now I got a mortgage and I can’t believe he did this to me.” Well, you know what? It’s not unfaithful to him to be angry that he did it to you. Whether he knew he was doing it to you or not. The bottom line is she had to get to this place where she denied it. No, I’m okay. And it wasn’t his fault to, you know what? I’m mad about this. All of us respond to grief differently. Denial, anger, depression.

Depression says, “I can handle this happening. I don’t want this. I don’t want to handle it. I don’t want to deal with it. I don’t want to exist anymore. I just want to sleep. I want to leave. Bye. I’m out. I give up.” That’s that place where you hit the lowest. You don’t even want to exist anymore. Let me just say, remember when we were talking about grief, we said gather with others. This is what helps you when you’re at the bottom pit of despair. David would say in the songs, “How long Lord, how long will you allow this to happen? Oh, my soul is so downcast.” This is when you need others. Yes, you need to go to God. But you also need to gather with others who remind you that you are supposed to exist, that you will come out of this.

And there’s that fourth stage, when you finally get out of the bottom and you get to bargaining. Bargaining is when you say, “Hey, listen, if I change, will you keep this from happening? Lord, if I change, will you heal me? I promise never to do that again if you’ll just bring her back.” Or we see bargaining with Jesus, Jesus says, “If it’s possible, can we do this thing another way? If it’s possible and I don’t have to drink this cup father, is there another way to go?” See, that’s the bargaining. Jesus got to that level, he may not have ever gone through the other stages. We don’t know. But we see in this passage, he’s at the bargaining stage. And then he gets to that fifth area and that’s acceptance.

Acceptance says, “Okay, it is what it is. This happened, this is my new reality. I have to move on now. It happened, and I’m still here.” Or the way Jesus put it, “Not my will, but thy will be done.” Acceptance, it’s when you get to that point where you say, “This is happening.”

In those five stages you saw that graphic, but you know what? That may be a roadmap that some of us expect. But the reality is the road you got was not those easy stages, or I shouldn’t say easy, but those stages like they’re steps. No, it’s much more like this graphic, look. This is the road that came. It was a squiggly line. You went to sort of one stage and then back to the other stage. And then one stage was shorter and the other one was longer. It’s like a squiggly line. And you don’t even know what you’re feeling.

Well, I don’t know about the five stages and all that, but what I will tell you is this, these are stages, not steps. You don’t go through steps of grief, you go stages of grief and these stages can come at different times in different ways. Not a nice orderly, okay, I made it to stage four, now I’m getting to stage five. No, it’s a squiggly line, it goes back and forth. There is no rhyme or reason to it, and we all grieve differently.