Our Senior Pastor, Dr. David Anderson, is an internationally acclaimed expert on race relations. Gracism is a term he coined, out of his book, GRACISM: The Art of Inclusion. It has shaped how Bridgeway and thousands around the world now think of how we can curb racism and bring racial reconciliation in places where there is racial conflict. From tribes in Kenya, to apartheid-inflicted South Africa, to the streets of Ferguson, Missouri, and nearby Baltimore, Maryland, Dr. Anderson has been sought after to speak on Gracism and how it can be used as a force for positive change.

The world knows racism to be the negative thought, speech, or action of others, solely based on others’ color, class, or culture. Grace, on the other hand, is the positive extension of favor on people, that they don’t deserve, cannot earn, and cannot repay. Gracism, simply put, is the extension of grace and positive favor towards others, regardless of and sometimes because of color, class, or culture. The “G” added to racism represents God, and Dr. Anderson would say that you can solve any problem when you put God in front of it!

So we believe Gracism is the solution to racism! We talk about it, we live it out (by portraying the Seven Sayings of a Gracist), and we try to inspire others to become Gracists as well!

THE SEVEN SAYINGS OF A GRACIST

In a world that is becoming increasingly hostile, polarized, and insecure, Gracism is needed now more than ever. If individuals, families, and communities put the 7 Sayings of a Gracist into practice, we will undoubtedly move toward a more just society, a more perfect union, and a more peaceful world.

Lifting up the humble by assisting and elevating them towards success

Protecting the most vulnerable among us from embarrassment and harm

Opening up networks and resources to others who are systemically downtrodden, and refusing special treatment that may hurt them

Recognizing those who are the most humble heroes among us regardless of color, class, and culture

5. I will stand with you

6. I will consider you

Having equal concern for our neighbors regardless of color, class, or culture by considering their perspectives and needs

7. I will celebrate with you

Rejoicing when the humble and less fortunate among us are helped 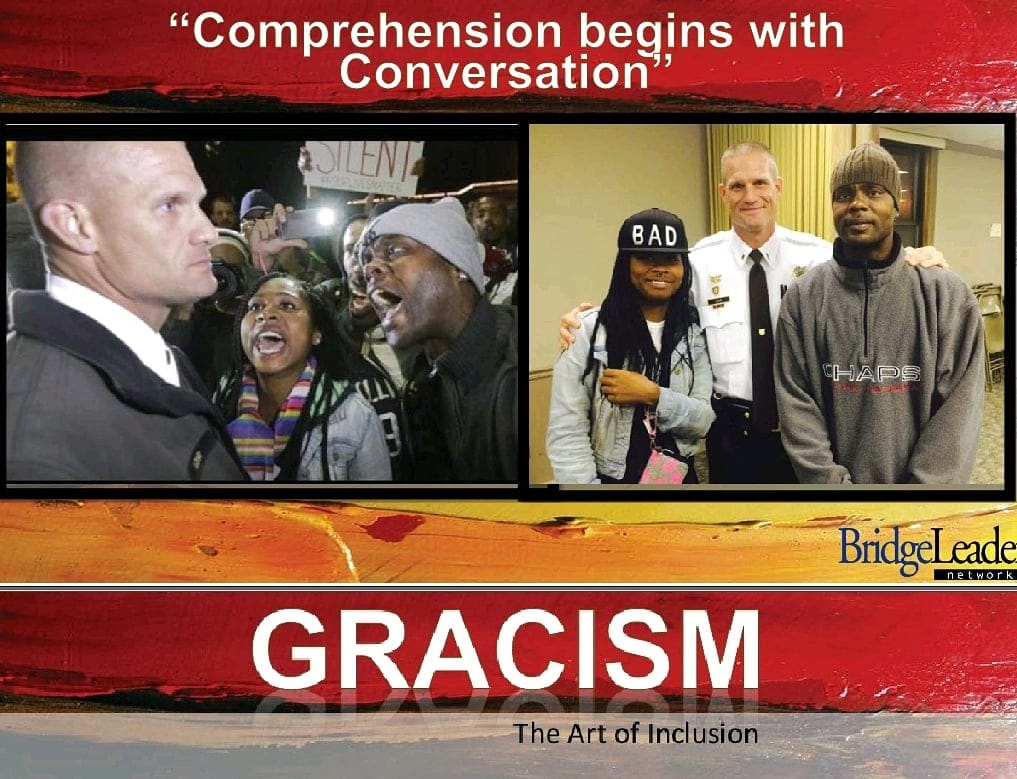