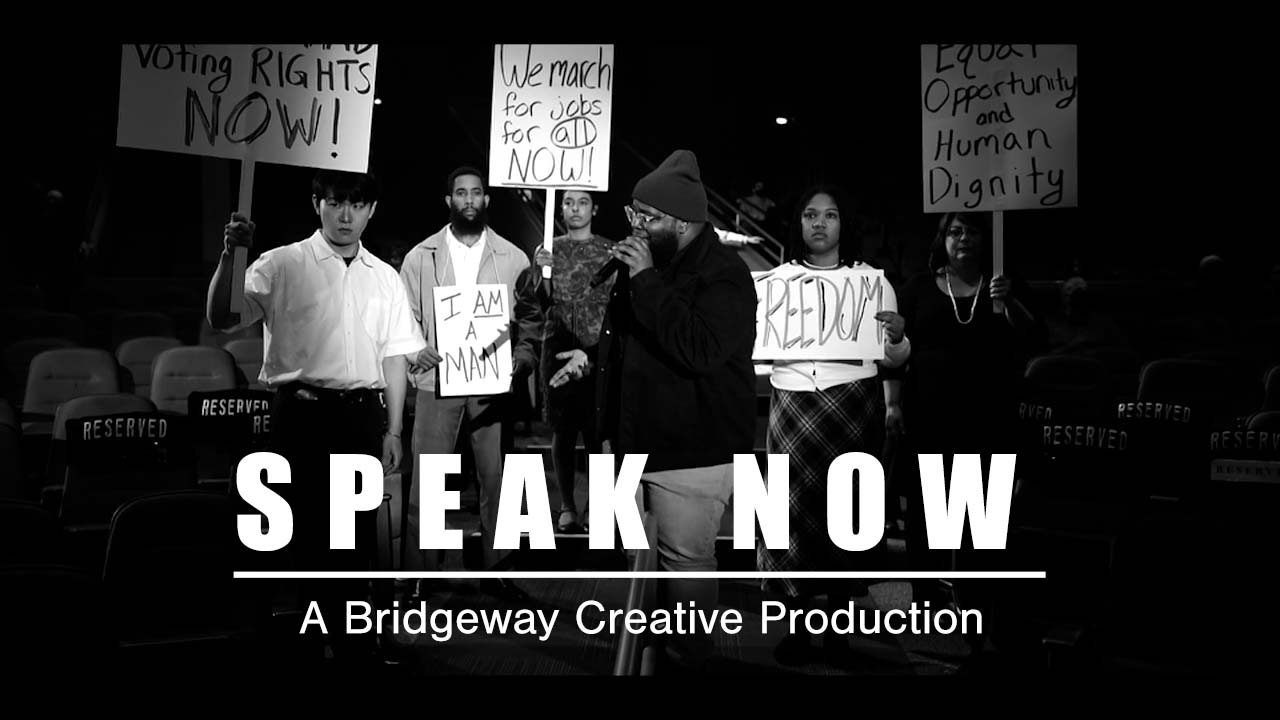 Bridgeway Community Church’s congregation is made up of people from over 60 different nations around our world. February 6 marks the first Sunday of Black History Month and Bridgeway will be celebrating the contributions of our African American brothers and sisters through several different creative expressions.

Our Creative Arts Ministry has produced a performance of the Academy Award nominated song “Speak Now” written and composed by Leslie Odom Jr. and Sam Ashworth. When we use our voices to speak against injustice and oppression, we can change our world for the better.