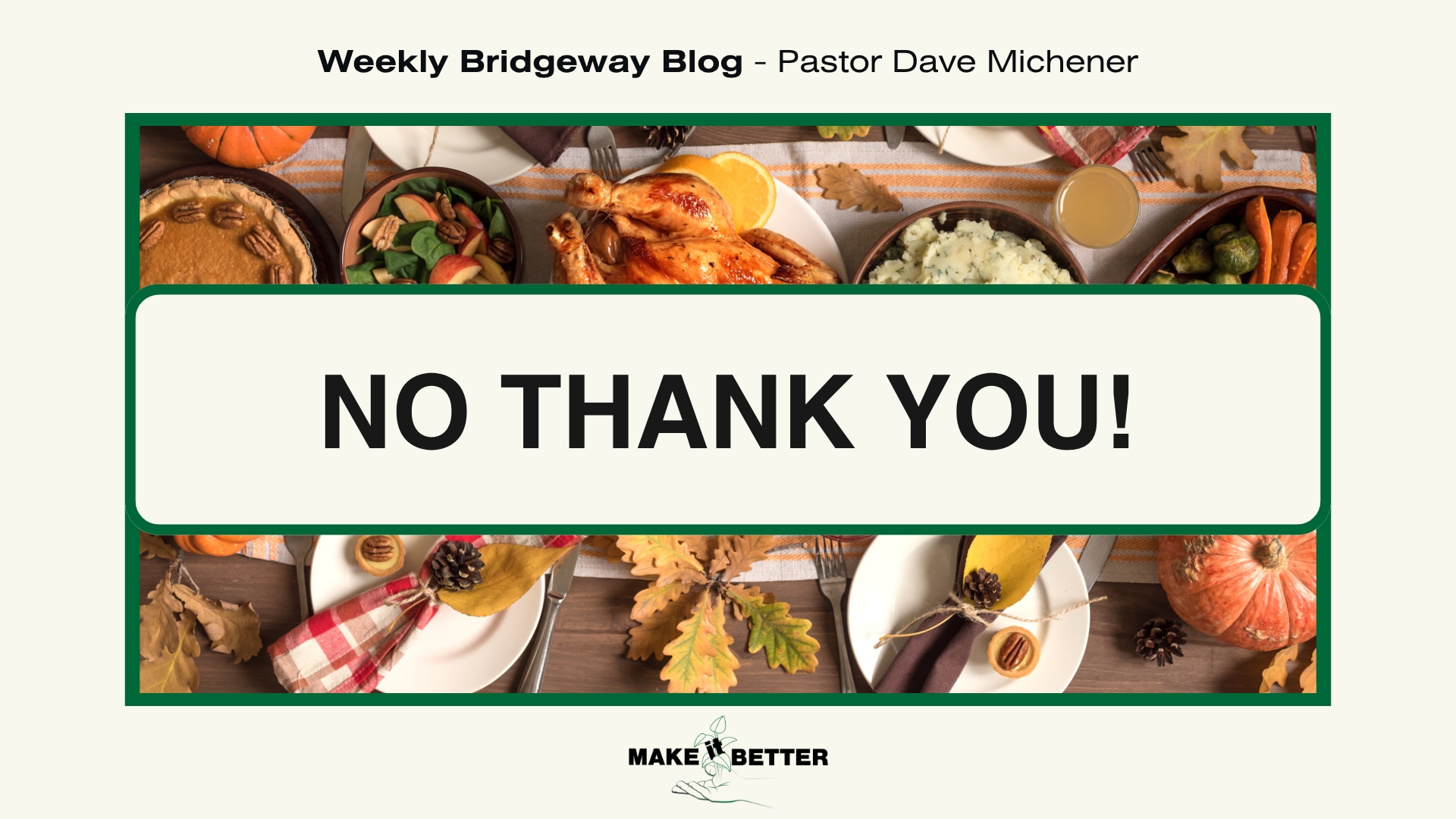 True story. When I was a boy growing up in the Cleveland area, it was a rare treat to attend a professional baseball game. My dad worked a couple of jobs and my mom cleaned the house of a well-off doctor’s widow in order for us to make ends meet. In that season of my father’s career, things like attending a baseball game in Cleveland were not in the budget. So you can imagine my excitement when my friend asked me to go to the game with him because the company his father worked for had season tickets. It was a last-minute ask so there were only minutes to decide. And while the game itself was not going to cost my family any money, there was no extra money to buy any food at the ballpark. So while I was in my bedroom changing into my home team colors, my dad, being the only parent in the house that day, packed a sandwich for me, put it on the counter, and said, “I made you a special lunch!” and headed out of the house to his next appointment.

Why in the world Dad made me a cold bacon sandwich on buttered bread soaked in Wishbone Italian dressing when there was perfectly good peanut butter and jelly in the cupboard, I’ll never know. I took one bite of this gourmet wannabe concoction, and although I never thought it was possible to ruin any cuisine involving bacon, I just couldn’t eat it. No thank you!

My young conscience was in conflict. If I ate the sandwich, I would most likely throw up, but if I threw it in the kitchen trash my dad would see it upon his return home and would possibly be angry that it was wasted. Worse, he would be hurt because his careful and customized provision of lunch was not received with gratitude. He may think that I thought it was not good enough. And he wouldn’t have been wrong.

Just then I heard the honking of a car horn. My friend and his father were in the driveway waiting for me to come outside so we could go to the game. Not knowing what else to do I hurriedly stashed the sandwich under the couch in the living room to hide the evidence until I returned home, at which time I would dispose of it properly. I was considering dropping it in the East River.

I never told my dad that I didn’t eat that sandwich and that in fact, I threw it away. I didn’t want him to know what I really thought of it or that I was ungrateful—that I had no thanks.

Perhaps you’ve sniffed out where I am heading with this. Sometimes we say, “No thank you” to God because He is giving us something we don’t really want. God provides us with what He knows we need, showing us love & care through His purposeful and generous provision, but we don’t feel a sense of gratitude because we don’t like it, we don’t want it, and we don’t think it’s as good as what others have. We tell God, “No thank you!”

(I admit that this illustration breaks down a bit because God always gives us what we need and His resources are limitless. God never needs to scrape something up for us because he is in a hurry or has little to work with. But even then, we sometimes say, “No thank you!”)

And yet other times there is a “no thank you” from us because we get what we need, and maybe even what we want, but we just move on without expressing gratitude. There’s an account in the Scriptures about Jesus healing ten guys who had the incurable disease of leprosy but only one came back to thank him—and he was the least likely of the bunch. For nine of them, there was no thank you. When the one returned to thank Jesus, Jesus was like, “I could have sworn there were ten that I pardoned from this health death sentence. Where are the other nine? Well, thank you for coming back to thank me. Enjoy your life, buddy” (Luke 17:11-19, P Mich Version).

This Thanksgiving, let’s make sure there are no “No thank you’s.” Let’s be thanksgivers. Remember, if we don’t give thanks, it’s not Thanksgiving.

“Give thanks in all circumstances; for this is God’s will for you in Christ Jesus” (1 Thessalonians 5:18, NIV).

Please join us this Tuesday, November 22 at 7 pm at our Owings Mills/Reisterstown campus for A Night of Gratitude – a family friendly experience of Thanksgiving.

A Night of Gratitude